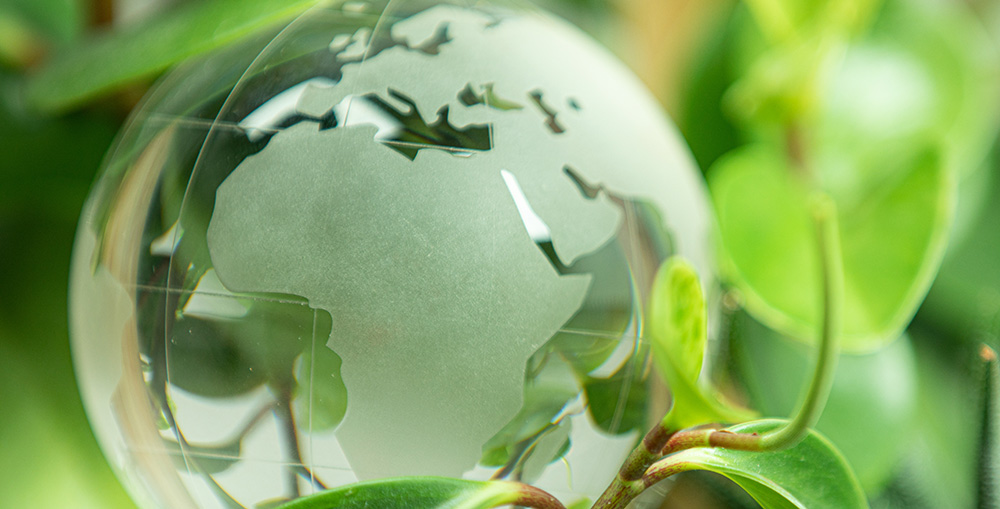 The European Green Deal unveiled in Brussels on December 11 is as audacious as anything ever announced by the European Commission. Coming just 11 days after Ursula von der Leyen took office as Commission President, its scope is colossal.

While the main thrust of the package is aimed at combatting climate change, it takes in environmental issues related to farming and food, energy, transport, industrial pollution and waste. It includes proposals like an EU Climate Law setting a 2050 net-zero emissions target, a carbon border tax, a new Circular Economy Action Plan, a zero-pollution ambition, a biodiversity strategy, a strategy for sustainable and smart mobility and a strategy on sustainable and healthy food systems. “This is Europe’s ‘Man on the Moon’ moment,” Ms von der Leyen said. “The old growth model that is based on fossil fuels and pollution is out of date and out of touch with our planet.”

The package reflects the Commission’s ambition to put sustainability and the well-being of its citizens at the centre of its policymaking. The Commission also wants the Green Deal to foster economic opportunities, upscale the value of the European industry, and assert the European Union’s power on the global stage. In doing so, the EU can rely on the so-called ‘Brussels effect’: its rules and regulations have an impact far beyond the EU’s borders. In recent years, companies around the world have changed the way they do business in the wake of EU laws and decisions on issues ranging from antitrust and data privacy to single use plastics and chemical regulation. This process of unilateral regulatory globalisation has meant EU regulations permeate lives in other corners of the world, as Brussels sets standards across food, beauty, fashion and other areas of the economy.

The Green Deal will undoubtedly change as it travels through the EU machine. But whatever its shape, it will transform everything from energy supply and pollution standards to recycling requirements and industrial policy. Crucially, there is powerful political energy behind it. People in Europe and around the world have woken up to the climate emergency, and this is a moment when the EU senses its responsibility take bold action to meet its low carbon and sustainability vision. The European Green Deal could succeed.

2.  Impact on climate and energy

The Commission says the Green Deal is emphatic because the climate emergency is real. Frans Timmermans, the Commission Executive Vice President in charge of the Green Deal, recently commented that if the EU could find billions of euros to bail out banks in 2008-09, it could certainly carry out the Green Deal. The comparison to the economic and financial crises could go further: the EU response then was not just about money, but about changing a system that failed.

The heart of the Green Deal is the commitment to cut the EU’s greenhouse gas emissions by as much as 55% by 2030 compared with 1990 levels and to ensure Europe becomes the world’s first climate-neutral continent by 2050. Subject to member state approval, the Commission will announce the revised 2030 targets in the summer of 2020, while the ‘Climate Law’ enshrining the 2050 target is scheduled to be announced in March 2020.

The EU will need to make major revisions to existing climate, energy and transport policies to meet the increased ambition, including the EU Emissions Trading System Directive; Effort Sharing Regulation; Land use, land use change and forestry (LULUCF) Regulation; Energy Efficiency Directive; Renewable Energy Directive; and CO2 emissions performance standards for cars and vans, all of which are due to be reviewed before June 2021.

The Green Deal includes a €100 billion Just Transition Fund, a tool to aid regions most affected by the plans, like coal-dependent Poland, which in June blocked a climate neutrality plan at an EU summit. While critics see this as an attempt to buy off potential opposition, the Commission describes it as part of the EU’s solidarity principle in action – and proof that climate policy means no-one is left behind.

The Green Deal includes many new initiatives around the circular economy. A new Circular Economy Action Plan will be published in March 2020, looking at ways to modernise the EU economy together with the EU industrial strategy. As indicated in Commission President von der Leyen’s political priorities, the circular economy action plan will guide the transition of all sectors, with a specific focus on resource-intensive sectors such as textiles, construction, electronics and plastics, as well as waste reduction and the setting up of a market for recycling.

Following up on the 2018 Plastics Strategy, the new action plan will include measures to tackle both intentionally added and unintentionally released microplastics, for example from textiles and tyres. The action plan includes a ‘sustainable products’ policy to support circular design, focusing on reducing and reusing materials before recycling them. The Commission foresees new legislation setting targets and measures tackling over-packaging and waste generation.  The Commission will develop requirements to ensure that all packaging in the EU market is reusable or recyclable in an economically viable manner by 2030, will develop a regulatory framework for biodegradable and bio-based plastics, and will implement measures on single use plastics. It will consider legal requirements to boost the market of secondary raw materials with mandatory recycled content (for instance for packaging, vehicles, construction materials and batteries).

4. Impact on the industrial and manufacturing sector

Industrial policy will be a key part of the Green Deal’s ambitions to upscale and transform the European economy. The Commission acknowledges that achieving a carbon-neutral economy in 2050 will require a generational change from the European industry. This change will need a full-fledged and ambitious industrial policy – due by the Commission by March 2020 – and important investments in Research & Development across the value chains of the European industry.

The Commission made clear that it will do everything that the European economy faces up to the twin challenge of climate change and digitalization, linking both in its project to push the European industry up the value chain. It will aim to mobilise public and private investment to improve the competitiveness of the European industry while greening it – linking its climate targets with its ‘technological sovereignty’ ambition. More initiatives like the Strategic Action Plan on Batteries and the European Battery Alliance can be expected in technologies and sectors deemed strategic for the Green Deal – along with more lenient state-aid rules on such projects.

The Commission announced that at least 35% (currently €35 billion) of the budget of the Horizon Europe research programme, will be used for research projects relevant to the Green Deal. This will provide important funding opportunities for industry players aiming at developing cutting-edge technologies.

5. Impact on the Tech sector

The Green Deal will have a big impact on the tech sector: the digital transformation, another priority of the von der Leyen Commission, is seen as a ‘critical enabler’ of the transformation towards a high-value and sustainable European economy. New digital technologies such as artificial intelligence, 5G and cloud computing will be mobilised to accelerate the impact of climate policies. Technology companies will need to consider the objectives and targets laid down in the Green Deal in their development strategy if they want to make the most of the opportunities it represents.

Nevertheless, the tech sector will also need to address its environmental footprint. With this sector accounting for about 4% of global greenhouse emissions, twice that of civil aviation and rising rapidly, the sector as a whole will need to act to meet the ambitious emissions reduction targets set out by the Green Deal. The explosion of data collection and traffic, the increased connectivity, and their associated increased carbon footprint, will need offsetting and switch to renewable energy supply sources. The sector should expect increased scrutiny on its environmental impact and potential policy initiatives to increase transparency about it.

Critics have warned that the early publication of the Green Deal could represent a rushed timetable, and does not give enough time for the normal process of consultation, both internal and external. Contrary to some expectations, there were no new legislative proposals published on December 11 with the Communication. All of the proposed new initiatives will require the Commission to bring forward new legislative proposals, each accompanied by an impact assessment, public consultation and subject to negotiations between the Council of the EU and the European Parliament. Stakeholders will be able to feed in their views to the process at these stages.

While the Green Deal is the new Commission’s flagship priority, it may get watered down as its various elements make their way through the EU’s regulatory machine. The real test will be when it comes to following through with the plans, and the EU’s track record in climate targets is mixed. The EU is on course to meet its target to reduce greenhouse gas emissions 20% by 2020, nonetheless a report published by the European Environment Agency (EEA) in early December said many EU member states will miss the 2020 climate and energy targets set in 2007.

Companies who try to harness the circular economy and develop low-carbon solutions are likely to see the Green Deal as an opportunity, e.g. in terms of green public procurement contracts, new waste management targets and policy measures to favour sustainable products. Robust scientific data about the climate impact – specifically the carbon emissions – of industry processes and technologies will be increasingly essential in line with the Commission’s pursuit of “cutting-edge clean technologies”.

Depending on the level of ambition of the legislative measures to be agreed, some proposals within the circular economy space could potentially have a major impact across the targeted industries. These include mandatory sustainability design requirements, schemes under which producers pay for recycling costs, and waste prevention targets. There is cross-party political support in the European Parliament to reduce electronic waste and increase the lifespan of devices. Therefore, we expect that the Commission’s measures will encourage companies to sell reusable, durable and repairable electronic products, and a “right to repair” will be supported. This could potentially have huge impacts, not least for tech manufacturers whose business model partly relies on selling new devices every year.