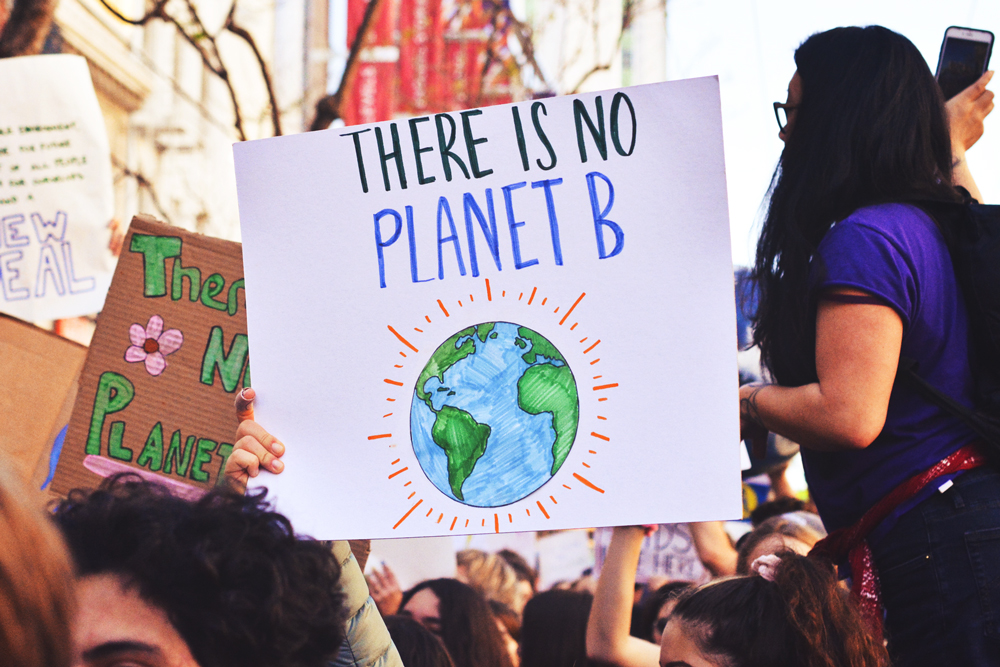 Moving to a carbon neutral future will change everything: what we eat, how we dress, how we travel, the way we live.  The European Union is seeking to lead the world in its political will to set goals to save the planet and humanity, to develop radically new tools to make the pursuit of these goals feasible, and to reconcile aggressive public policy and radical corporate innovation.

The new Commission has set out a roadmap for a new ‘European Green Deal’ designed to impact not only on the climate, but agriculture, transport, industry – the whole of society.

The European Union has for some years now sought to be at the forefront of policy on climate change, but this represents a further and major step change.  In November, Members of the European Parliament elected earlier in 2019 approved two resolutions: one declaring a “climate and environmental emergency” in Europe and globally and calling on the Commission to ensure that all relevant legislative and budgetary proposals are fully aligned with the objective of limiting global warming to under 1.5 °C; and a second resolution urging the EU to submit its strategy to reach climate neutrality as soon as possible, and by 2050 at the latest, to the UN Convention on Climate Change, along with a 55% reduction target of greenhouse gas emissions by 2030 as part of the European Green Deal in the meantime.

In December, the Commission formally launched its proposed new European Green deal: some 50 measures old and new that are intended to launch a wave of policy driven growth which will transform the building industry, transport and food sectors, and many others.  The target is our current life styles with cheap flights, wasteful food, and disposable clothing and other products: in short the consumer society, as we have known it for the last decades, is set to be transformed.  The aim is for this to be replaced by a genuine circular economy that seeks to reuse most of the materials we use – glass and paper, but increasingly plastics, clothing and a longer life for domestic equipment.

This ambitious set of policies will create opportunities for disruptive new companies that relate to new lifestyle choices and a sustainable environment.  The challenge will be to avoid the hype, to look for the scientific and economic benefits and to set priorities that attain the maximum carbon abatement for the best price.  Housing is an obvious early target – especially at the social housing stock that needs to be renewed and made more energy efficient through better insulation of roofs and walls, double glazing of windows and lofts, and solar panels that provide energy, heating and cooling.

A balance will have to found in the incentive effects of new regulation which sets targets without describing narrow paths to better outcomes, thereby leaving more space for innovation and disruptive technologies. Regulatory ‘sand boxes’ should be allowed for experimenting with disruptive new technologies, which are outside of the current technological thinking.  Innovation and technology in agricultural methods are needed to reduce the negative impacts of excessive nitrogen waste, for example. Difficult choices will have to be made between extensive agriculture with low yields at the price of less biodiversity, and intensive agriculture that is sustainable.  The objectives are not only about carbon sequestration through planting trees on a massive scale, but also look at entre systems of production, sustainable agriculture, vegetarian meat, and less impact from methane from the millions of livestock.

Another objective will be to find coherence in the policies for instance in recycling waste, and recovery to the free movement to specialised facilities across borders.  Proportionality will have to be found between the energy required to recycle, and the material energy that can be recovered, so that there is a net environmental gain.  Alternatives for packaging waste will need to be compared to what is the economic footprint of glass, metals, plastics, paper – nothing is energy free.

The Commission has promised impact assessments so that the various options and trade-offs can be assessed to give the best environmental outcomes. If consumers fly less, drive less, waste less the entire economic system will need to adapt. Yet that requires a central role for the consumer, and informed choices. Consulting with the citizens is a stated objective and it is important that the revolution in the use of energy does not end up weighing heaviest on those least able to afford it. To make this mass migration is going to require dialogue and consensus to ensure that the weakest in society do not suffer the most.

It is a huge challenge and the new Commission, under incoming President Ursula von der Leyen, is perhaps one of the first administrations in the world to take on board the fact that, in the 21st century, the big challenges are systems-driven and inter-related.  The inter-dependence of Vice-Presidential and key Commissioner roles across in the new College of Commissioners is clearly designed to reflect this.  No geography will make progress in tackling the big issues if we do not find a way to tackle them at the level of the overall political system, rather than in separate silos.  That systems vision can be a source of optimism, energy and innovation, but only if the performance of such a systems approach can be defined, delivered and monitored in equally innovative ways. To create an exciting new narrative but act upon it in the same old ways would risk changing nothing much.

To really succeed, two core changes are needed to the way we do public policy and sustainable business.

First, goals: the meaning of a genuine systems approach must be carefully articulated.

Second, indicators: the tools must be provided for the implementation of specific changes within a broad system to be defined and assessed for the system-wide impacts each narrow action can bring.

If key goal is a healthy planet, the last 12 months have brought a widening recognition that this time it does have to be different. Climate is an acknowledged priority, and Carbon with it, even if the equally important planetary boundaries around water, nitrogen over-use and biodiversity loss still need to be brought into focus.  But within that planetary goal, there are also still many urgent unmet needs for humanity, both at the level of the individual and of the community.

Taken together, this means that we need to build and nurture our human, social and natural capital stocks as higher priorities, and grow financial capital with a new awareness that we have done almost too well on that front in recent decades.  Some might argue that this is not so different from the ‘triple bottom line’, which invited companies to strategise and report around social and environmental as well as financial capital. Yet the difference is arguably an important one, namely to acknowledge also in a quadruple goal the primacy of the individual as well as of the human community.

It is consistent with this new emphasis on the human that ethics is also to the fore.  There is much talk about what the ethics for Artificial Intelligence could be, and some companies are even now piloting the Commission’s first AI Ethics Prototype.  A systems approach requires the EU to be ready to confront the conceptual difficulties of sovereignty and autonomy, while also embracing the role of Europe as a World Partner, and as the champion of a reformed and reinvigorated rules-based open economy.

But how can specific initiatives be kept accountable to the initial vision, as actors in a variety of narrower areas begin to take responsibility for execution ?  Some may feel new indicators in the sustainability space would be nothing new. There are myriad reporting frameworks, and the UN’s Sustainable Development Goals struggle under all too many Key Performance Indicators (KPIs).

Yet this misses the fact that the broad measures available are complex reporting tools, designed for quasi-academic ex post application. Too often, the tools are impracticable for any business to use as a guide for real-time action. In other words, the tools used to date do not have the same operational relevance that businesses need for their financials.

We can do much better. To develop separate (NOT composite) indicators for the 4 goals (human, social, natural and financial) that are sufficiently straightforward for business unit managers to collect them, so they can be used together to drive the setting of comparable goals for each area.  To measure performance and to incentivise good delivery in the same way that a business traditionally rewards volume and margin of financial business.  Already some companies are announcing ambitious plans to use exactly those techniques in order to transform their business models to match the Sustainable Development Goals.

If Europe has the right goals in place to nudge the complex system of our planet and our society back to sustainability, we will also need to make the actors pursuing those goals more accountable – and that is where the new metrics can come in, both within the firm and between firms and society.

We need urgently to revisit the model of accountability. Europe has not escaped a global regulatory crisis. The danger is that we circle endlessly between top-down over-prescription of the wrong details, on the one hand, and on the other untrusted and under-resourced and short-termist self-regulatory experiments.

One solution being put forward is for this to be fixed by a new regulatory social contract: companies that show they are ethical, competent and reliable will enjoy lighter-touch regulatory checks, allowing under-resourced regulators to concentrate their limited impact on the less competent and the rogues. Crucially, however, such a new turn depends on the creation of metrics and feedback mechanisms to underpin the new deal.  In some fields, notably carbon management, the use of new business metrics should make this new approach both practicable and trustworthy. There is no good reason why in other fields the same techniques cannot generate similar suites of new tools to measure and act and report.

In conclusion, Europe is entering a political period when two crucial threads in public policy become central: cooperation, and measurement.  Cooperative approaches are needed not only to multistakeholder deliberation, but to business delivery.  Metrics are the key not only to effective business delivery but to better regulation, increased accountability and grounds for public trust.

The challenge is to focus enough innovation effort in many sectors on the co-creation of the tools we need. Horizon Europe can play a role, for example funding in every project a component on data innovation and trust.  An economy that works for all will need to carry not just a new narrative but new measuring devices.

Neither cooperation not metrics are especially easy to sell by the soundbite. But they need to be framed as central planks in the EU’s ambition to craft a suitable public policy response that is fit for the complexity and inter-dependence of today’s problems – and its innovation opportunities.