What’s in store for 2020? Five trends that will shape the EU in the next few years

By Russell Patten, CEO Grayling and the Senior Grayling Team 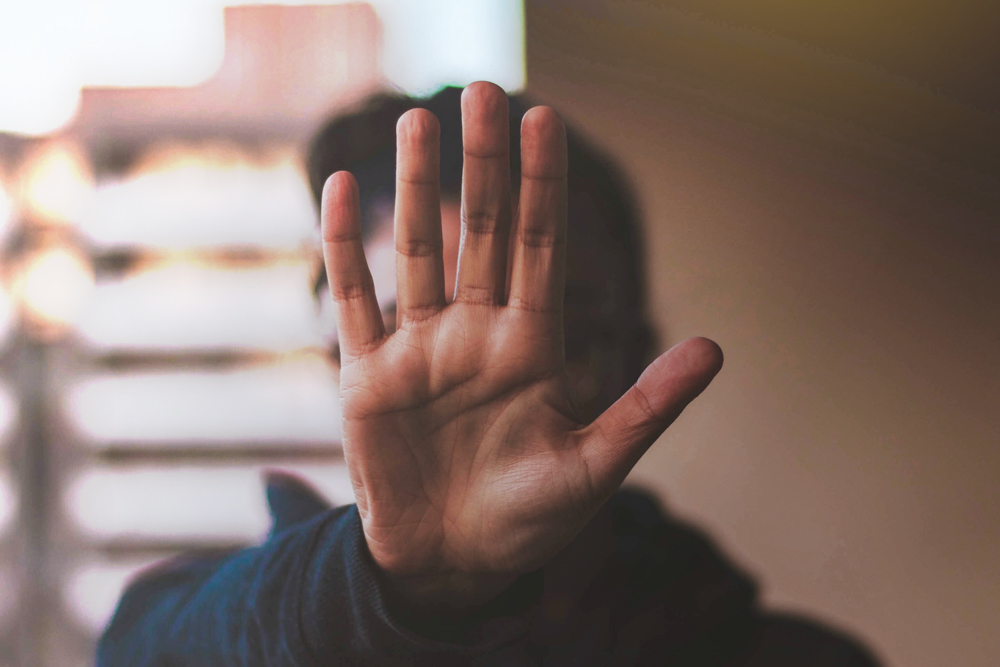 The Grayling team highlights five key trends that will shape EU policies and our focus as public affairs professionals over the next few years:

Trend #1: Does the new UK Become a New Competitor?

With Boris Johnson’s overwhelming victory in the UK election, we now turn to Season Two of the Brexit negotiations – the future relationship agreement. Unlike most other trade discussions, the EU and the UK now must decide how to loosen, rather than tighten, the ties which bind them.

A key Brexit narrative has been how, once free from the EU’s shackles, the UK will become a global trade champion. Yet the UK will also lose the right to participate in existing EU trade agreements (they see these as not offering sufficient advantages to the UK as well as burdensome and one-sided) and will have to start all negotiations from scratch with all their so-called partners – a huge piece of work awaits them! The new UK Government needs to make a key decision: to what extent is it willing to diverge from EU rules?

Remaining closely aligned with EU rules will greatly facilitate a future EU-UK trade agreement with negligible tariffs and red tape. Yet such alignment will make it much harder to agree a brand-new trade deal with other countries, such as the US, for whom EU rules are anathema. A Trump-led US will insist on the UK adjusting its rules on, for example, chlorine-washed chicken, as the price for a UK-US deal. Other major economies – China, Mercosur, India, Japan – will make other demands. The UK will not be able to please everyone and may start to accept the disadvantages of no longer being in the Club – even if they are unlikely to admit to it!

Whichever way the UK Government decides to go when it comes to trade, business in both the UK and the EU will have to prepare accordingly. The prospect of the UK diverging from the EU on some EU rules, is very real and UK businesses will have to become more active to promote and defend their concerns just like any other third country, but now with no British MEPs or a UK Permanent Representation to defend them from the inside!

Under the Juncker Commission, digital issues quickly climbed up to the top of the EU agenda and are today without doubt set to remain there for the next five years of the Commission mandate.

Specifically, the new EU Executive has now embraced a narrative focused on ´digital sovereignty`, aiming to decrease the EU’s reliance on foreign technology and improve the bloc’s digital competitiveness.

The appointment of Margrethe Vestager as Executive Vice-President for Digital Services and Competition is the embedment of this new strategy, together with the review of EU competition rules to ‘manage’ the platform economy. This is supported by France and Germany questioning the normative focus on European consumers, which in their eyes hinders the creation of European digital champions able to compete globally.

Reconciling European values with EU competitiveness will remain a key challenge as policymakers discuss new legislation on artificial intelligence and liability regimes on digital platforms under the Digital Services Act (DSA). In doing so, the objective is also to emulate the international impact of the General Data Protection Regulation (GDPR), thus consolidating the EU as a standard setter for the global digital economy.

In parallel, the EU will also redouble its efforts to tackle legal fragmentation as a complementary tool for Europe to operate as a global player: a rationale which will revive European discussions for a common digital services tax, should the OECD fail to reach a global consensus next year.

It does not matter what business you are in: the above will directly impact the way you will be trading in Europe and, ultimately, how the EU landscape will help or hinder you in trading at the global level.

When asked what policy areas will be included under the European Green Deal just a few months before its December publication, Frans Timmermans, declared “there are no taboos anymore”. This statement was intended to convey the horizontal, cross-sectoral approach to climate policy embodied by his new role as Executive Vice-President for the European Green Deal.

He has a point. Things have changed. Commission departments are cooperating on climate issues in an unprecedented way. Finance ministers convene in the Council to discuss what kind of investments should be labelled ‘sustainable’. Trade experts are considering the ramifications of an EU Carbon Border Mechanism. Even Europe’s sacred cow, the Common Agricultural Policy (CAP), will not escape unscathed.

But a whole different set of EU governance taboos remain – those that came into view during Europe’s twin-crises earlier this decade (sovereign debt & migration) – and the European Green Deal is set to bring them back to the political forefront.

The first taboo is unanimity. If the EU’s Energy Taxation Directive was a person, it would soon be old enough to be able to drive its first car! The Commission has proposed to reform the 16-year-old Directive on numerous occasions since 2003. As agreement on taxation requires unanimity, the endeavour has unfortunately consistently failed. It is difficult to see how Europe can achieve 2050 climate neutrality without reopening it sooner or later.

A second taboo is fiscal transfers. A painstaking decade of Eurozone reform has shown that EU countries are willing to leverage a great deal of solidarity in debt guarantees, so long as the dreaded ‘fiscal transfers’ are avoided. Call it a ‘Just Transition Mechanism’, call it ‘Structural Funds’, but without significant west-to-east fiscal transfers, there is no 2050 climate neutrality. The Commission knows it!

Finally, we will also have to closely watch rising reactionary forces. What broke any attempt to develop an EU framework on migration was the political rift it created within several Member States. Climate policy, if badly handled, can be just as potent. Nobody will want to hear this, but 2014’s most dreaded conversation topics are coming back to Brussels. The two bogeymen of European politics, unanimity and fiscal transfers, will not be left out of the Green Deal party.

Trend #4: EU gets Closer to China

As competition between the U.S. and China reached new heights last year with the Huawei saga, the EU saw the opportunity to make a move towards the Asian giant. As a matter of fact, U.S. protectionism and its announcement to withdraw from the Paris Agreement, have pushed the EU to get closer to China. The stakes are high: filling the leadership void, safeguarding multilateralism, supporting free trade and promoting world peace, stability and sustainable development.

Many experts suggest that next year will be the year of “Europe for China”. The two blocks aim to create a solid base for cooperation at their annual bilateral summit in Beijing in April 2020 when Chinese Premier Li Keqiang will meet the new EU leadership. Chancellor Angela Merkel has also promised to put EU-China relations to the fore when Germany takes over the European Union’s rotating Presidency during the second half of 2020.

In September, Germany will hold an EU-China Summit in Leipzig where, for the first time, President Xi Jinping will meet all the EU heads of State as well as the Presidents of the European Commission and Council. Leaders also need to reach an agreement on the much-awaited China-EU investment treaty, to bring greater market access and a level playing field for European businesses. Is that even possible one might ask?

The European Union now has the opportunity to leverage China’s opening up as the two sides share common interests in safeguarding multilateralism. A truly ‘common front’ necessary to strengthen bilateral ties now seems closer than ever. On the other hand, it will create tension with Europe’s closest trade partners, Japan, and the US, albeit the tensions with the Trump Administration might just get worse. These are going to be tumultuous times!

Trend #5: Cities in the Driving Seat

It came as a big blow for ride-hailing company Uber when London transportation authorities made a surprise decision not to extend its license. Home rental platform Airbnb also saw its license to operate challenged in cities like Amsterdam, Paris, and Barcelona where “city governments” are trying to both collect occupancy taxes and curb the pressure mass tourism has placed on their infrastructures.

In parallel, the broader case of ‘regulating the sharing economy’ has been at a standstill in Brussels for the past few years – which has probably prompted European cities to flex their muscles.

At a time when the EU is paralyzed on many fronts, and struggling with populism, could embracing a ‘Europe of Cities’ contain the downgrade to a ‘Europe of nations’?

From sustainable mobility to air quality, circular economy, digital transformation, and the integration of young migrants and refugees – most of today’s EU development challenges rest in the hands of European cities. As governments get closer to people, cities have become an enabler to bridge the gap between Brussels-led initiatives and their implementation.

Considering the ambitions presented by the new European Commission in its European Green Deal, Brussels could gain a lot by relying on the leadership of European cities. Stockholm is on track to becoming fossil-fuel free by 2040. Other European cities are pursuing similar goals, and over 300 European mayors have called on EU heads of state to commit to climate neutrality by 2050 and support cleaner and fewer vehicles in cities.

Local leadership on global issues and connecting urban and European challenges will be a critical task on the agenda of the next EU mandate. This means that European cities – where almost three quarters of Europeans live – are set to become more important than ever in EU politics: see them as hundreds of mini governments with whom businesses will have to directly engage in advocacy outreach campaigns.

A final thought: is the EU Fit for Purpose?

A final thought to capture an even bigger predicament: is the EU ready/fit to tackle the next five years, let alone the next 10-20 years? Most would say…” hum…not sure…let’s see what they can do in the next five years and reconvene”. A growing number of ‘others’ will say that the EU is no longer fit for purpose, it has little Member State buy-in for the future shape of the EU, and in-depth structural reform is needed to ensure that the EU listens to its citizens, which it’s NOT – talking of further integration at a time when many EU countries are wanting less BXL interference.

A huge piece of work will be required once the leaders accept publicly the many and growing lacunae of the EU system…but which leader will dare open up this Pandora’s box?